Piksi Multi can provide a 10/100 Ethernet port for network connections.  This article describes how to use a Marvell Alaska 88E1512 Ethernet PHY with Piksi Multi at a hardware level to enable this interface and refers to the Piksi Multi ethernet interface reference design files available on the resource library.

In the reference design, the recommended Marvell part operates at 3V3 and connects to the Zynq-7020 AP System on a Chip (SoC) through Piksi Multi’s high density connector 1 (HDC1).  The PHY is connected to the Zynq MIO Bank 1/501 (1V8) via the Reduced Gigabit Media Independent Interface (RGMII). 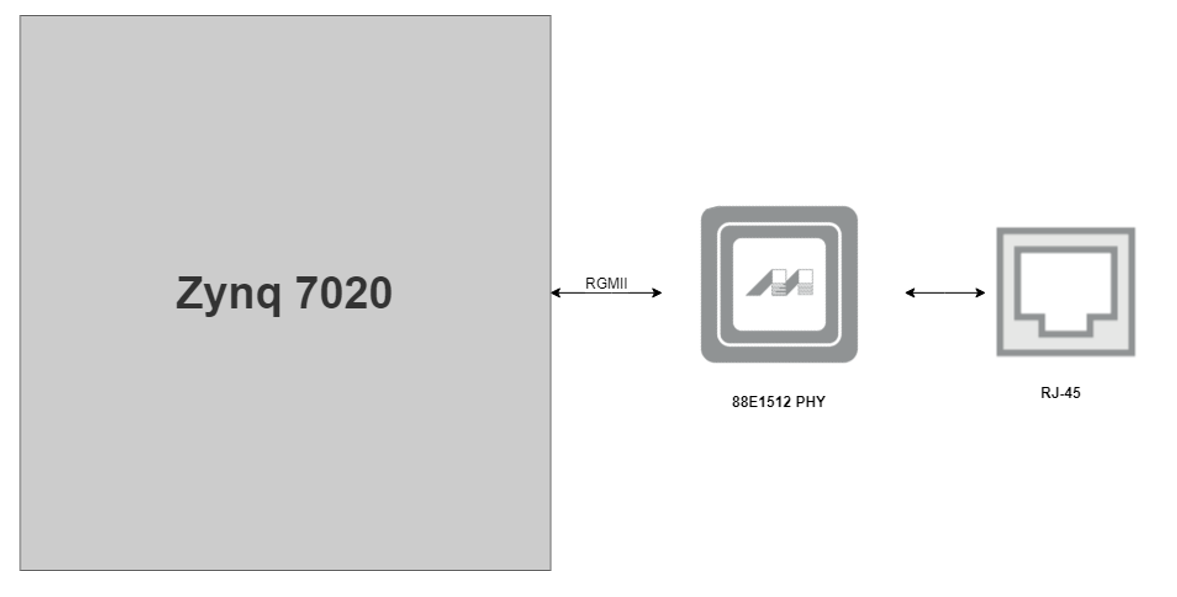 ** PHY Reset is handled by Piksi Multi, so no need to add an external resistor.

Marvell Alaska 88E1512 Ethernet PHY can be supplied with a single 3V3 supply. Please choose a supply based on the below data.