This document will define all reference frames, orientations, and offsets for Duro Inertial and future Swift Navigation products that include fused GNSS and inertial navigation.

The "Device Frame" is the frame aligned with markings on the device in use and the frame in which all lever arms and offsets are measured.  On Duro, the origin is the intersection of the reference mark on top of Duro and the bottom surface of Duro.  It is oriented according to the markings on the device and in the diagram below (dimensions in millimeters).  Z-axis points to Duro’s down. 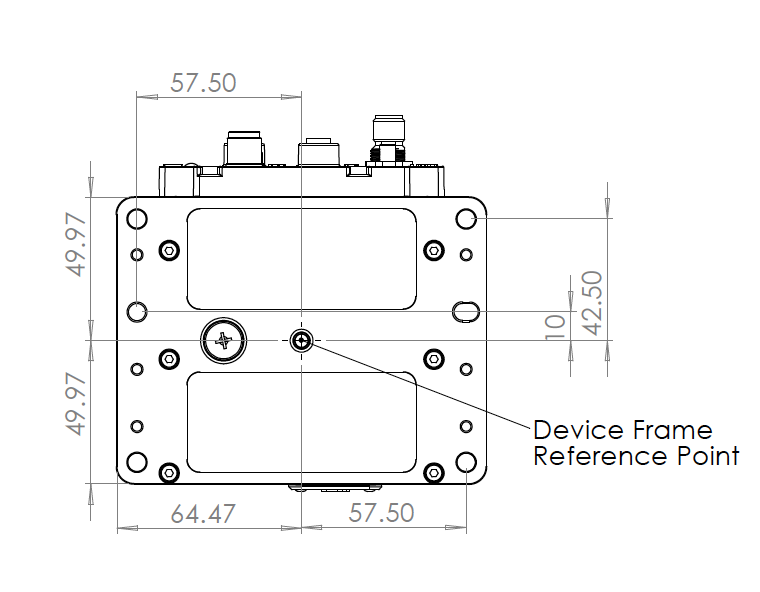 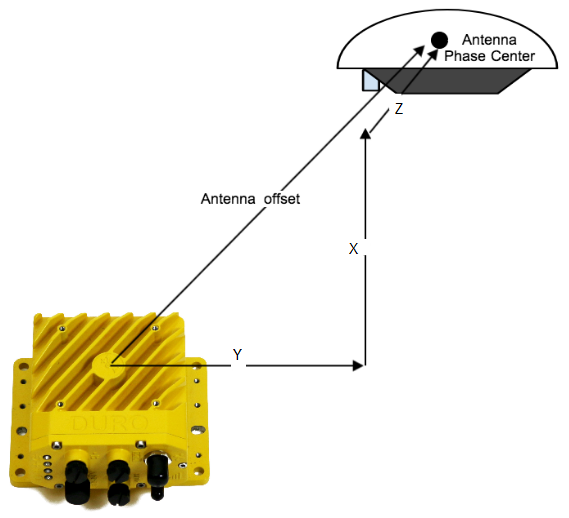 We define the "antenna offset" as the offset to antenna phase center in the device frame as shown in the diagram above.  Please note the it’s measured from the origin of the Duro Device frame which is on the BOTTOM surface of Duro.  The diagram shows the measurement from the top of Duro for visual clarity only.  It should be measured with 3 components, measured in meters in the device frame, x, y, & z. The settings below  store the configuration for the antenna reference point.

All position and velocity outputs from the device will be output in the Vehicle Frame.  It is suggested that the Vehicle Frame default to being coincident with the GNSS Antenna and aligning the X-axis of the vehicle frame with the direction of travel of the vehicle.  In this suggested default case, The “vehicle frame offset” and the “antenna offset” vectors would be configured to be identical via the settings interface.

In all releases of Duro Inertial thus far, the Vehicle Frame is internally translated to the antenna location so the vehicle frame offset settings are identical to the antenna offset and not adjustable by users.

It is coincident with the BMI160, rotated according to markings on the PCB.  This is the frame in which IMU raw messages are output. There is a positive 90 rotation about the z axis to rotate from IMU frame to the Device Frame on Duro Inertial. The diagram below describes the origin of the IMU frame with respect to the Duro Device frame reference point.  Please also note that if the BMI160 documents are referenced there is an additional rotation to rotate the output of the integrated circuit to align with the silkscreen markings on Piksi Multi.

The Piksi inertial device frame is coincident with the imaginary left hand corner of the piksi multi OEM board aligned with the markings on the device.  This frame is functionally equivalent to the Duro Inertial Device frame in the case that Piksi Inertial is embedded into a system rather than Duro Inertial. 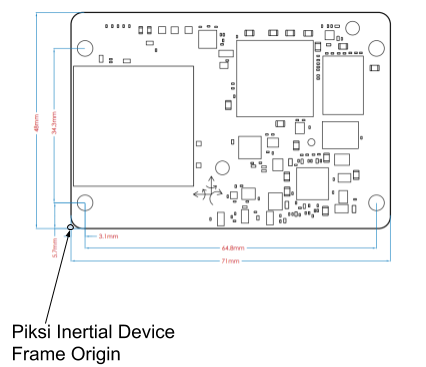 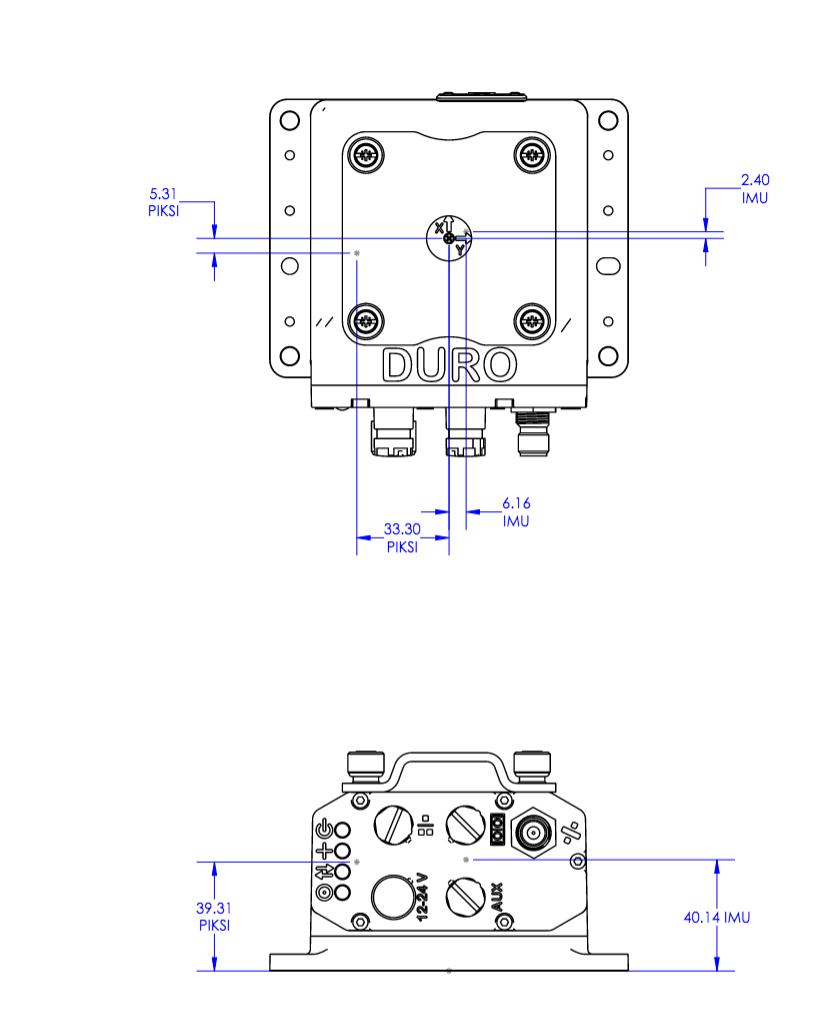 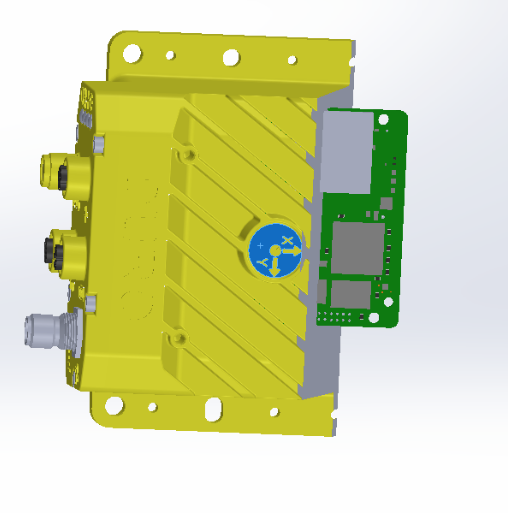 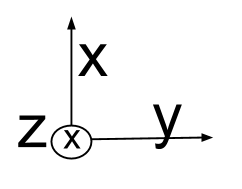 There is a 180 degree rotation about the Piksi Multi Z axis between the SBP raw magnetometer output and the markings on the Piksi Multi board for any firmware up to and including v2.3.  This may be fixed in a future firmware version.

The BMM150 axis orientations are notated on page 47 of its datasheet (https://ae-bst.resource.bosch.com/media/_tech/media/datasheets/BST-BMM150-DS001.pdf (excerpt below). 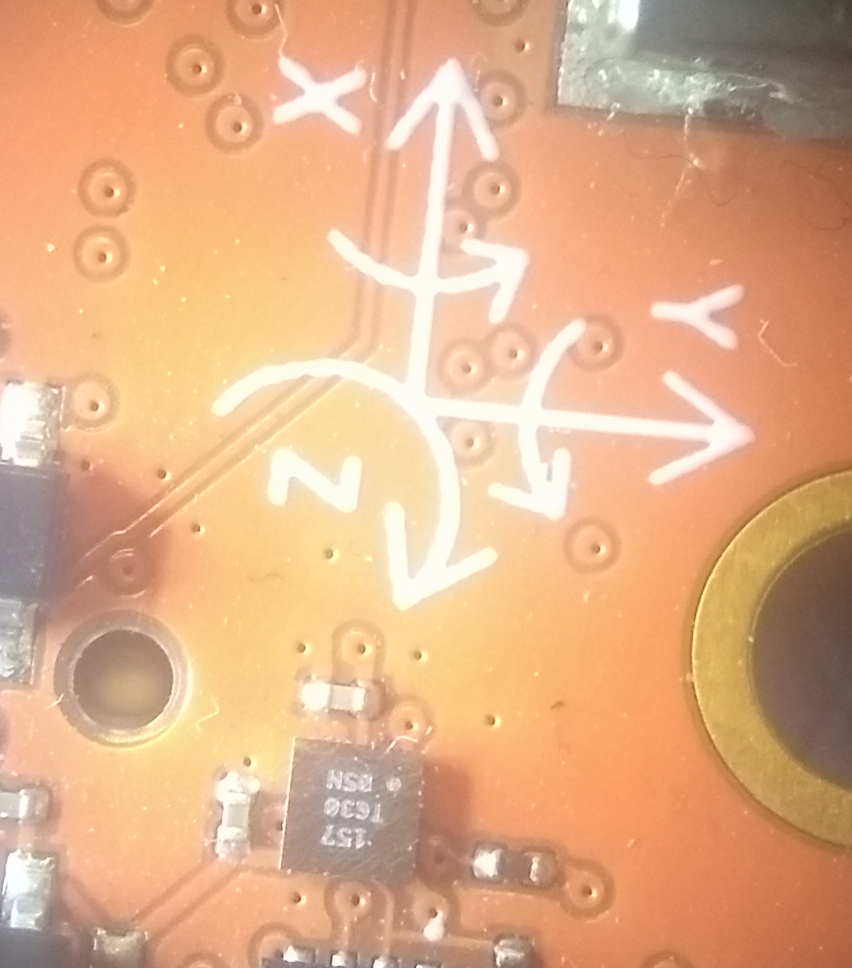