Swift Navigation distributes FreeWave 900 MHz or 2.4 GHz radios for use during evaluation of our GNSS receivers. Those radios need to be properly configured before using them in a system. This article describes configuration steps for RTK base and RTK rover radios.

900 MHz and 2.4 GHz radio programming is identical. In examples below 900 MHz radios are used.

At Swift we recommend CoolTerm as a free terminal program. It can be downloaded from here and is available for Windows and macOS. For Linux, we use GtkTerm which can be installed on Ubuntu via apt:

Other terminal programs can also be used.

For configuration, radios should be connected to your computer via the RS-232 port using a straight RS-232 cable. If there is no RS-232 port on your computer, use a USB to RS-232 adapter. Freewave radios require a 6 to 30 V DC power supply. Use the wall power adapter included with the radios, or a 12 V battery, to power radio during configuration. 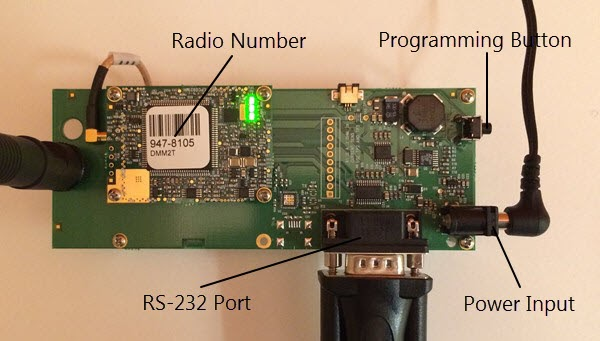 Follow this steps to set radio in the programming mode. 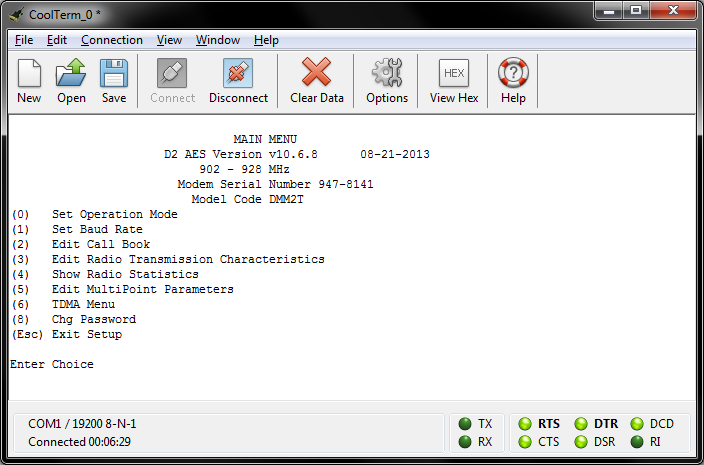 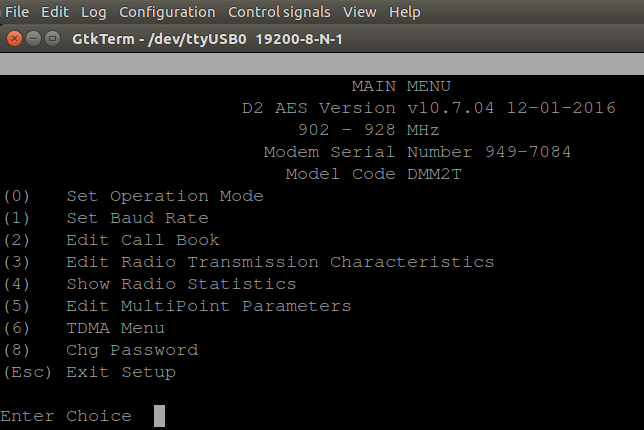 Programming Radio for RTK Base Station

Follow this steps to program radio as a transmitter of RTK base station corrections. This radio will work as a Point-to-MultiPoint master. It will be able to transmit corrections to multiple rovers simultaneously.

Follow this steps to program radio as a receiver of RTK corrections. This radio will work as a Point-to-MultiPoint slave. It will not be able to transmit any data. Only receive it. Use the same radio settings for all rover radios in the system with multiple rovers.

If the radio has been configured correctly, the LEDs should illuminate as shown in the table below.

For additional information about radio operation and programming read User Manual and Reference Guide available from FreeWave site (FreeWave site will require to register for downloading the document):

For radios to communicate with other radios in the same network, the following five settings must match on all radios: Network ID, Frequency Key, RF Data Rate, Minimum Packet Size, Maximum Packet Size. If any of those settings don't match, the radios won't link.

To increase isolation between multiple networks in the same vicinity use different Frequency Key and Min/Max Packet Sizes on each network.